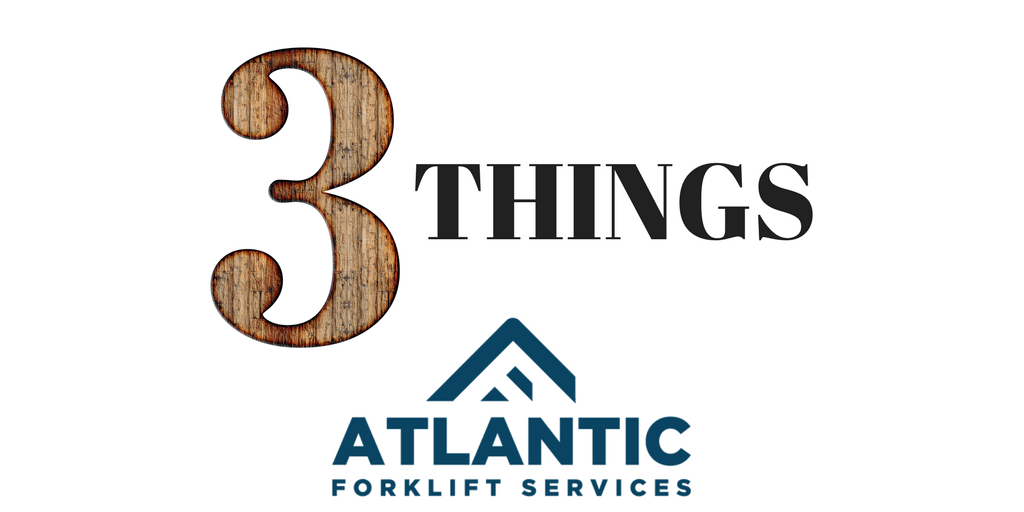 If you’re trying to figure out what type of forklift might work best for your facility, here are three things that can help you make your decision.

There are three types of forklift trucks and the one that is best for you depends on what you are using it for and the conditions in which you will be using the lift.

Gas: Powered by liquid petroleum gas these lifts are competitively-priced and popular. They can generally be used indoors or outdoors and are workhorses that can handle long shifts and arduous conditions.

While they do give off noxious emissions, they are generally cleaner than diesel lifts (more on those later) and they tend to run quieter than their diesel counterparts.

They tend to operate faster than the others, as well – accelerating quickly and lifting faster.

Conversely, while they may be the most affordable of the three types of lifts, their maintenance costs tend to be on the high side.

Diesel: Mainly used outside due to their exhaust fumes, diesel lifts are more fuel efficient than the LPG trucks. Diesel trucks may lack the overall “speed” of the LPG forklifts but they do have higher-torque engines, giving them more power.

In addition to the fumes, diesel trucks tend to be noisier than LPG and electric lifts, and their bulky footprint makes them difficult to operate in tight aisles and loading docks.

Their price is generally less than an electric lift, more than an LPG unit- with maintenance costs higher than electric, not as much as LPG.

Electric: The most environmentally-friendly lifts, these quiet trucks give off zero emissions and are very maneuverable in tight spaces. They are considered easier to drive since they don’t need a clutch or “inching” pedal like LPG or diesel forklifts.

Their maintenance costs are the lowest of the three types of lifts, but they are expensive up front due to the batteries and chargers necessary to make them run.

Those are the basic things to consider if you’re in the market for a forklift. For a deeper dive into the specifics don’t hesitate to contact our experts at (704) 842-3242, who can answer any questions you may have.